Who: Marc A. Thiessen
What: "Why are Republicans so awful at picking Supreme Court justices?", The Washington Post
When: July 2, 2012 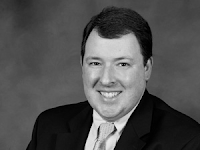 Just compare the records over the last three decades. Democrats have appointed four justices — Ruth Bader Ginsberg, Stephen G. Breyer, Elena Kagan and Sonia Sotomayor. All have been consistent liberals on the bench. Republicans, by contrast, have picked seven justices. Of Ronald Reagan's three appointees (Sandra Day O'Connor, Antonin Scalia and Anthony M. Kennedy) only Scalia has been a consistent conservative. George H.W. Bush appointed one solid conservative (Clarence Thomas) and one disastrous liberal (David Souter). With George W. Bush's appointments of Samuel A. Alito Jr. and Roberts, conservatives thought finally they had broken the mold and put two rock-ribbed conservatives on the bench — until last week, that is, when Roberts broke with the conservatives and cast the deciding vote to uphold the largest expansion of federal power in decades.

So Democrats are four-for-four — a perfect record. Republicans are not even batting .500.

Why is the Democratic record so consistent while the Republican record is so mixed? For one thing, the whole legal and political culture pushes the court to the left. Conservatives are pariahs if they vote against the left on certain issues. But if they cross over vote with the left, they are hailed as statesmen. Just look the pre-emptive attacks on the Roberts Court when everyone thought it was about to strike down Obamacare — and contrast that with all the accolades Roberts is now receiving from his erstwhile critics. Before the decision he was threatening to plunge the nation into a political crisis. Today he is praised for his "humility," "restraint," being "brave" and "judicial modesty." Meanwhile, many conservatives are twisting themselves in knots to defend or explain his vote. Not a chance the left would do the same if one of the court's liberals had voted to overturn Obamacare. There is no penalty for voting left, but there is for voting right.

One of the reasons legal and political cultures appear to push constitutional law leftward might well be the nature of left and right themselves. Too often in the twenty-first century, people treat the notions as if they have equal weight, as if having one or the other opinion is simply a matter of opinions, and the proposition of effects and implications—that is to say, results—are irrelevant to the question of equivalency. 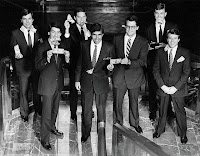 Noting that Mitt Romney has filed for an extension on reporting his taxes that would suggest a mid-October release of the candidate's 2011 financial information, Paul Constant speculates on the reasons:

I can't understand what the Romney campaign's motivation is in holding off on this. It seems like they'd just want to tear the Band-Aid off now, while the race is still heating up. Maybe they're afraid that releasing the 2011 taxes will incite more calls for previous years of Romney's taxes? But it seems like you'd want that controversy to happen as far away from Election Day as possible, wouldn't you? Maybe they're hoping the economy will flatline between now and then, because Romney's great personal wealth could again seem like a positive. Do they really think the press will forget about this? Why are they waiting to release these taxes?

We should remember that a tactical favorite of conservatives is to stir up a controversy and then complain about the fact that there is a controversy. We've seen it most recently and apparently in the GOP's War on Caterpillars.

Wait, wait, wait. It's not caterpillars. War on ... uh ... war on ... I don't know. The GOP's War on Something Important, but after GOP Chair Reince Priebus made that delightful joke about fuzzy-wuzzy caterpillars, I'm just too charmed to remember.

Having Romney's taxes come out in October would simply set up his campaign to pitch to the exceptionally gullible among that curious bloc that calls itself "independent voters" and whine about how the evil liberals are manufacturing a controversy to take everyone's attention away from the real issues.

True, it sounds almost unbelievably simplistic and stupid, but there is nothing about the transparent cynicism Team Romney has shown thus far that suggests intellectual exercise.

Malpractice Insurance: Trudeau on the GOP War of the Sexes

In my 42 years with UPS, the "Silent Scream" week was the only series that the syndicate ever strongly objected to. [Syndicate president Lee Salem] felt that it would be deeply harmful to the feature and that we would lose clients permanently. They had supported me through so much for so long, I felt obliged to go with their call.

Such was not the case this week. There was no dispute over contents, just some discussion over whether to prepare a substitute week for editors who requested one [which we did].

I chose the topic of compulsory sonograms because it was in the news and because of its relevance to the broader battle over women's health currently being waged in several states. For some reason, the GOP has chosen 2012 to re-litigate reproductive freedom, an issue that was resolved decades ago. Why [Rick] Santorum, [Rush] Limbaugh et al. thought this would be a good time to declare war on half the electorate, I cannot say. But to ignore it would have been comedy malpractice. 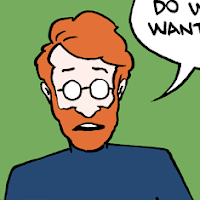 Exigology (noun): A statement whose converse is its own explanation.

Who: Mark Steel
What: "Hands off our greedy bankers", The Independent
When: December 14, 2011

They shall never surrender their island ....

You can see why, after 50 years of putting up with Europe, this was finally the issue where we couldn't take any more. Because the bastards were insisting we impose a vague regulation or two on our bankers and speculators, those brave and tireless souls who invest round the clock to keep us safe with not a thought for themselves. Well, the French had the audacity to suggest someone kept an eye on them from time to time. Haven't bankers suffered enough?

So, just like in 1940, we stand alone, and hopefully at every bus stop, you'll hear the plucky British saying: "Blooming Krauts, who do they think they are telling us our bankers aren't allowed to rob us blind? That's the right of every Englishman, to have his country robbed blind by bankers. Now Frau Merkel wants to make them only rob me nine-tenths blind until they get themselves straight. Well, we fought off the Luftwaffe, so we'll see off this lot an' all."